“If you’re not first you’re last”

A long time ago, around 2010, I was in a brain storming session on how our company could take capabilities we already had and grow them into solutions for our DOD customers. One of our business units had a great capability of delivering communication systems and generators to forward deployed units and I “thought” I had a brilliant idea.

I just read an article citing a high-ranking Air Force official stating “sustainability is national security” and went on to cite that over 3000 US troops and contractors had died in Afghanistan protecting fuel convoys. I could not believe it. This is something that had not dawned on me before.These convoys were so vulnerable in the windy mountain roads of Afghanistan. It seemed like in many cases; they were sitting ducks. So, my bright idea. I prepared my thoughts to deliver what I would expect to be a well-received and applauded idea, “Well, we have this great capability of providing systems that require large amounts of fuel to run on the battlefield, why can’t we look at ways to provide sustainable energy to these systems rather than continuing the dependency on fuel convoys?” There was a brief silence, then…laughter. “Because our systems need to work, when they need them to work, and we are not putting it to chance over new technology… and the government won’t buy it”

Even though I did not know it then, what I was beginning to learn is how the government buys and why industry might not be awarded for innovation.

Fast forward to September 2021, the first Chief Software Officer of the US Air Force resigns in frustrations over the acquisition process and the speed/bureaucracy of implementing new systems and process. Then, last week, founding Chief Architect Officer of the Air and Space Force resigns over very similar. These are not quitters; these are 2 high level out of the box thinkers throwing their hands up in extreme frustration with the DOD refusing to move fast and break stuff. Not only are their frustrations with the acquisition process, but with the DOD’s insistence of continually reinventing the wheel on technology vice buying perfectly acceptable COTS products. In both of their statements, they paint a very grim picture of the US being able to keep up with our technically advanced advisories.

So, what does this have to do with Ricky Bobby and DOD Acquisitions? I’ll tell you…

Our acquisition process favors the proven, the old reliable and the legacy, not innovation. I have been to enough industry days to know the topic of innovation is always on the panel, but what the DOD wants is innovation under their terms and meeting their criteria, served with a side of rubber chicken lunches. Now, there have been minor improvements made in this process awarding innovation contracts and utilizing OTA’s, but we have miles to go. Industry under the current climate is not going to change and there is no reason for Silicon Valley to bring their solutions to the DOD and fight with out-of-date requirements.

As everything we discuss, we like to bring this back to talent, specifically talent with security clearances. To put it simply, what reason does the next generation of technologists have to support the mission? Their skills are more highly compensated in the commercial sector where they can flex their innovation muscles. Many companies are doing their best to attract and retain the next generation, but ultimately it will take the DOD opening up rigid requirements to make this a success.

The basis of most pricing on labor driven contracts, the dreaded LCAT, make it nearly impossible to bring in new talent and there are inconsistencies across commands on getting waivers approved to bring in talent that might be short on years of experience.  Ask any recruiter that focuses on recruiting candidates with security clearances and they will tell you they are always fishing in the same diminishing pond.

Let’s be logical here, how do we expect to foster innovation when we are constantly looking for people who have 5 years doing the exact job we are hiring for? On the other hand, how do we expect our talent pool to stay sharp when they are working on legacy and outdated systems? Run a search today for Cobol Development jobs requiring a secret clearance and you will find thousands. Yikes!

The silver lining? I think we are at the tipping point and the ship is beginning to turn. So, let’s throw a cougar in the car and drive. In the great words of Ricky Bobby’s dad,

“You’ve gotta learn to drive with the fear. There ain’t nothin’ more frightenin’ than drivin’ with a live cougar in the car. If you’re calm, that wonderous big cat will be calm too. But if you’re scared, that beautiful death machine will do what God made it to do, namely, eat you with a smile on its face.” 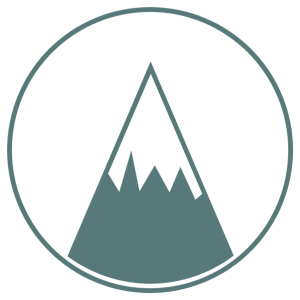